Western Governors University (WGU) – May 4, 2016 – The inaugural issue of The Journal of Competency-Based Education (JCBE) is now live and available for download.

This issue of the JCBE features a brief history of competency-based education as well as articles and commentary on issues surrounding the practice and implementation of CBE, such as accreditation, assessment, student support, and financial models. A case study looks at the changing role of faculty in competency-based programs.

Sally M. Johnstone, Vice President for Academic Advancement for WGU, is the Journal’s editor. Editorial board members include:

“Our goal in establishing the JCBE is to provide a vehicle for sharing what is being learned by those engaged in developing and implementing competency-based programs at colleges and universities,” said Dr. Johnstone. “The members of our editorial board are committed to ensuring that each issue offers multiple perspectives on the practice of CBE, and we look forward to the discourse we expect it to stimulate.”

Established in 1997 by a bipartisan group of U.S. governors with a mission to expand access to high-quality, affordable higher education, WGU has been recognized by the White House as what works in post-secondary education. The online university has more than 57,000 students and 43,000 graduates in all 50 states and is accredited by the Northwest Commission on Colleges and Universities. WGU has been named one of Fast Company‘s Most Innovative Companies and featured on NPR, NBC Nightly News, CNN, and in The New York Times. WGU pioneered competency-based post-secondary education when it became the first university to offer competency-based degree programs nearly two decades ago.

Founded in 1807, John Wiley & Sons, Inc. (NYSE: JWa, JWb), has been a valued source of information and understanding for more than 200 years, helping people around the world meet their needs and fulfill their aspirations. The Company’s website can be accessed at https://www.wiley.com. 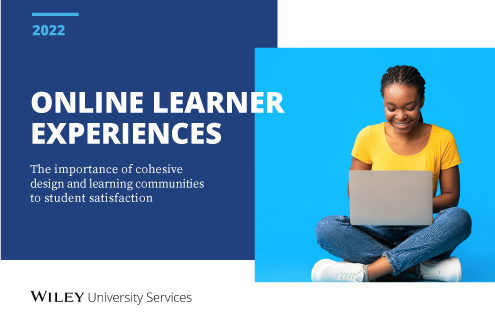 Is Your University Prepared to Recruit Graduate Students to Online Pro...

Marketing Practices That Make You A Top-Of-Mind University